The Apocalypse and Oil 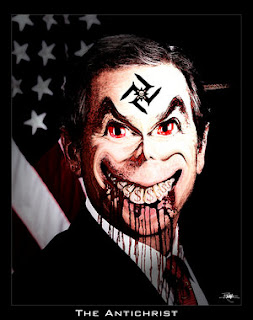 Sorry to all my friends but my Early American Lit class is kicking my butt with all the reading and writing while I'm going to work 6 days a week. I haven't been keeping up with this site. As soon as spring break comes along I sure as hell will be updating as much as my little heart desires.

They mention every other candidate...so now Santorum is pimping the Freedom thing, a libertarian I feel like I could trust A.K.A Ron Paul...but a Republican telling me that he's for freedom when President Bush got  us in the Iraq war over weapons of mass destruction? Where were those weapons? Easy answer they where "NO WHERE" because Sudan Husein had looked for fuel rods or nuclear juice 10 years prior to us jumping in that war.


So I was reading a story tonight about a woman who wrote about her tribe before they where rounded up and dragged off their land onto reservations in the middle of winter. Anyway she wrote; America only care about what they can take from the people they are attacking. Sound familiar? Iraq, next Iran, it's called oil, oil, oil, pillage and displace the poor and make them the bad guys. Sound familiar, lets make the American Indian the bad guys then we can steal their land. Oh lets drag Africans off their lands well call them black devils and savages that way we won't feel any pity once they are our slaves. Doesn't the way America's thought process has been going, oh say, for the last 200 years, and we've done all this damage? God! We aren't even as old as say ROME was when it fell and we've done twice as much damage. Unless giving blankets infected with small pox, isn't a crime...or killing people simply because they won't take Christianity on, A.K.A the American Indian isn't a crime? We are just as vicious as the Ancient Romans where, and if we wouldn't have associated crucification with Jesus back in the day...I'm pretty sure somebody would of wound up on a cross, Roman Style.

Oh wait didn't the KKK do that? Oh they only attacked and beat and burn crosses they didn't actually hang anyone on a cross...did they?

All I'm saying is that we (the U.S) has become the biggest shit-starting nation in the world, and maybe your not worried about what our BIG BROTHER government is doing or planing to do to the people in other nations...but maybe you should splash some watter on your face and "WAKE UP!" If we start a war with Iran, we aren't just going to drop a few bombs and escape a shit-storm, it will be another Iraq or something worse. And we're going to attack them, because they might have the ability to make a nuclear bomb? My only question is; does anyone have any proof that they have that capability to make those weapons. Or is this just another excuse for our war-mongering nation to come up with an excuse to get more war contracts...to make more money on more innocent peoples deaths.  Plus wouldn't that stop the Iranian government from changing their monetary system from the American dollar to oh lets say the Euro, or some other form of money exchange. Something that would make our Regime seem less then all powerful in the eyes of the world.

My other only problem with this is, the world is running out of oil...and won't be able to accommodated the 60,000 barrels a day that our needed for this country to escape a total social and economic melt down. A melt down which will make the Great Depression a really small event  in comparison. We need to change our political system to something smaller and more sustainable then the mega-farm, and mega capitalistic ways that we have adopted. We are Darwinism in action because without oil we will be looking at the apocalypse.
Posted by Unknown at 1:28 AM