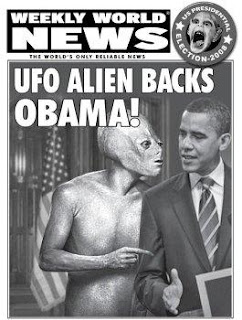 Chuck was enjoying his luxurious new pad, that was donated by his new Alien friend Hairy…ha, ha, Hairy the Alien he thought to himself, and then he picked up his faithful bong and proceeded to snap it. While he was snapping it, he pondered just how wonderful it must be to be an Alien, without all of the grinds that humans have. He was in a blissful, pot induced, daze; that was when he reached for his latest video game, Call Of Duty Modern Warfare 3…which was when he fell asleep, on his giant white luxury Alien couch…which was made out of some type of carcass that he had never felt before. He fell asleep thinking my life rocks!

Meanwhile in space; Hairy was watching one of his 5 children for his stay at work late wife, his 3-yr-old had gotten away from him. What actually happened was Hairy had forgotten about the 3-yr-old, who Hairy affectionately called little Bo-Bo, he was happily playing with their space dog named Cosmo in the ships transport room. Bo-Bo was a dog who looked like a giant version of a hamster and a pit-bull-lizard...he was a very loyal creature. He loved those kids, while protecting them with his space doggy life. The 3-yr-old was playing with the transporter rooms many knobs and buttons.  Cosmo was standing right under the spot on the platform, which transported anything anywhere in the galaxy. That’s when it happened…all of a sudden a pushed button activated the giant transporter; thats when Harries loving space dog disappeared. Little Bo–Bo started crying and threw one of his famous 3-yr-old tantrums. Hairy ran into the transporter room…picked up his 3-yr-old…looked at him, and asked him; what happened to Cosmo? Daddy…I hit the big button and Cosmo go puff! WHAW! Oh it’s OK, well get Cosmo back little Bo-Bo. I want my Cosmo!

Now Hairy was in a real dilemma; he had to get the space dog back, before his controlling wife came home, a woman who made his sound holes hurt with all of her verbally abusive bull crap. She did this whenever anything went wrong, or just because she had nothing better to do then to make his life a  completely and utter hell (he hated and loved that woman). She wasn’t expected back to the spaceship for 3 days, because on Harries planet every one lived in their space ships all over the galaxy. They commuted all over the galaxy for work. In this case it worked out great for Hairy, because his bitchy, control-freak wife…wouldn’t be home for another 5 days. He loved that fact because no matter how much he loved that bitch, he couldn't stand being around her, she really wasn't worth the pain but she was the mother of his kids. All Hairy had to do now was to find out exactly where little Bo–Bo had sent the family dog. He went to his transporters logs…he searched threw his hologram records. Then he fingered threw his logs with his 3 big alien fingers, until he finally found where Cosmo had been sent. Ahhhh…he’s on earth in the, “white house?” The Misses is really going to kill me for this one, if I don't get him back. How the hell did Cosmo get there? Oh I know…my teenage daughter with her earth political science class? So Hairy got on the sap phone, which would be like a cell phone on earth, and called his daughter. Marcella? Yes Dad? Did you disturb the settings on the transporter for some reason? Um how much trouble am I in? Well that depends on what happened to Cosmo. Oh my Orphan-strange-love dad! Is Cosmo Ok? What happened to him? Marcella remain calm, but for some reason Cosmo has been transported to the White House in America; do you know exactly why that is Marcella? Oh yea Dad, I wanted to do a report on America’s latest President, President Barack Obama. As if her answer made any sense…teenagers!  Marcella you should have asked me! Yea dad I know…your breaking up dad….she lipped the noise shhhhhhh, and hung up.

OK, at least I know where Cosmo is now. I'll send down a tracker beam to find him…so Hairy went and did the necessary figures on his space computer, then he sent down a beam where Cosmo was to fetch him back to the ship. Cosmo was actually sniffing around in the White House’s T.V family rooms floor; it was around 3 A.M. earth time at that moment.

President Obama had been having a rough sleep he had been tossing and turning. While his wife was snoring away, that’s when he heard the sound. What’s that? I had better go find out what the hell that noise was…maybe, I should call my security agents…forget that, they’re probably busy with their foreign prostitutes. So President Obama slipped on his slippers and headed down the stairs, and towards the family room…that’s when he felt, then heard, an odd sickening sound, and feeling beneath his feet. I’m going to let the house maids know that leaving rotten-stuff on the floor in the T.V. room is unacceptable. I’d better turn on the light, to see what the hell is going on.

So President Obama headed for the light switch. Then he proceeded to look on the floor, he saw a giant green turd on the floor! This turd was different it looked really weird...that had his slipper mark in the middle of it. OK what is going on? Just as he thought that, a beam was meant to track Harries dog too fetch him back to the ship, found President. In an instant President Obama was gone. Although Harries dog Cosmo came out of hiding and stopped whimpering only long enough, to see the strange thing standing on two legs disappear.

President Obama re-appeared standing in front of Hairy in Harries transporter room. President Obama said to Hairy, “who the heck are you?” Oh! I’m the Alien from outer-space, that just accidently kidnapped you. Well Mr. Space Alien, you might want to put me back…I am a very important person. I realize that! My names not space alien it’s actually Hairy. OK Hairy! Why did you accidently kidnap me? My 3-yr-old who I affectionately call Bo–Bo pushed the wrong button, and sent the family pet down to earth. Actually my dog was sent to what you call your family room. Oh those darn kids! They'll do stuff like that sometimes! So I will fix the problem Commander and Chief, as you’re known on Earth.  Hey hold on Hairy…since you can do all this…is there any way you can make a double of me? Then you could send him to the White House to be me, so I can take a break from being President. Why? Oh it’s a grind being the Commander and Chief! You wouldn't believe the messed up things I have to tolerate to be President. OK! There’s only one stipulation President Obama. You can never mention my existence to anyone ever…and, you don’t know about my world. Can you keep that promise? Alright! It's a deal! Let’s shake and Obama offered his hand in a deal making handshake. So Hairy commenced with the Presidents plans of taking a space break by building his cyborg-clone. Can you make him a little less great then me? I kind of want my wife to miss me? Done! Hairy finally finished making Obama's alien clone. Hairy then went and got his dog back with the right tracking beam. He simultaneously sent the clone of Obama in Obama’s place to the White House to take over. Hairy got the feeling that this Presidential clone was a really bad idea.