Will Justice Ever be Served in the U.S.? 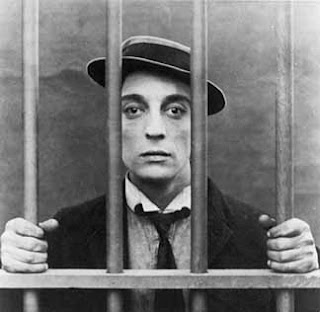 OK, today I'm going to write about 3 diffrent stories that I've read about...neither pertane to each other, except, that all of these stories are about justice or the lack there of. Did anyone hear about the 9-yr -old Washington boy who had a 45 caliber handgun in his backpack? Anyway the father of this boy said: "He's a good kid. It's all I can say," said Patrick Cochran. "I apologize to the family of that girl. I really do." (cbsnews.com) The kid was crying while wearing an orange jail jump-suit. This kid knew what he had done was wrong, and had written a letter apologizing to the family of the little girl he had accidentally shot. So my main question is; "who is responsible?" I believe that the parents are responsible for not having that gun locked up. To ruin a child's life for accidentally doing anything screams "wrong!" Which also makes the U.S judicial system no better than a system ruled by principality. Where is the justice in ruining child's life? This scenario almost reminds me of the story about the boy whose a character in Las Miserables; he stole a loaf of bread because he was hungry, and received 20 years in prison. Does that seem fair to you?

So lets compare and contrast another similar case with the case above...shall we? OK, so a white man, who supposedly get in an argument with a black man in Florida, becomes enraged after that fight. Now this man followed the victim before this supposed fight broke out. So what did the perpetrator of this crime go and do? He shot a youth, who was black, dead! He did it on purpose because he didn't have to kill the victim. He could have shot him anywhere but where he shot him...which was a fatal shot. Anyway...a 9yr old has a gun that accidentally goes off, and wounds and might end that child's life. He was sent to jail and is doing hard time right now. Meanwhile a white man who has already obviously screwed up with his anger problems, to a point were there is no coming back. So how did this MAN escape from going to jail, while this "BOY" didn't? Let me explain to you what I know about the judicial system, from first hand experience. Now I was abused, so I had to go into hiding while my ex-boyfriend was searching for me and his son. Anyway, I met a girl, who was in hiding from her ex-boyfriend too, the only difference between her and I was; she was dating a police chiefs son, and had to be moved from three different battered womens shelters...because her ex-boyfriends father, was using his authority, to search for them. He was also using his authority to keep her ex-boyfriend out of jail. I did hear that the "real-reason" that the criminal in Florida did not receive any jail-time, was because his uncle had been a judge. You make the call...do you think anyone of us, or that 9 yr old boy, could escape justice so easily? I think not! This screams injustice, but it's not a race thing, injustice is happening everywhere, and can happen to anyone - regardless of race.

My next topic to compare and contrast, was a story I had read about one of the victims fathers of 9/11 going to Guantanamo Bay, to sit and watch the hearing of the two supposed perpetrators. Perpetrators who where supposed to be the "real" master-minds, behind that horrible event in history. Here's the thing about automatically judging anyone because you lost a family member. Did this father think, maybe, just maybe...he might be WRONG? Now I met the Prince of Saudi Arabia two days before this monstrous, malodorous event took place, and he told me that he had "TOP SECRETE" business in New York. Now did most of you reading this know about this? I bet most of you didn't know that the Saudi - Royal family was in America during 9/11. It's the easiest thing to do, to use the poor, and uneducated, as scapegoats to escape justice. Yes, you can sweep all kinds of truths about what is really going on, right under our noses by doing accusing, and sentencing the poor to life in prison. Do I believe that those 2 prisoners are responsible for the attacks on 9/11? NO! Why? Because for that type of an event to occur, you would need billions of dollars to make it happen, and easy access to a type of high-grade explosive, that only someone within the highest ranks of the military could have access too. So no, I don't believe that any uneducated terrorist, could ever have pulled this caper off alone. My only point with this part of my story is...that most people will blindly follow what ever line of bull-crap that is fed to them. Especially the loved ones and family's of said victims. Rather than taking the time to think; maybe this or that person is becoming a scapegoat to appease an angry crowd. Yes, 9/11 was the most horrible thing to happen during our lifetimes, but we rushed to war before looking at all of the facts of that case, and the U.S. also rushed to judgement in this case. We all have been blindly lead, into believing that a terrorist group, which was so powerful, had worked all by itself, to bring about the destruction of 3 buildings all on the same day? WAKE UP!

Our judicial system is BROKEN! It must be fixed, so no-more weeping children, will be faced with hard times, and also so that people who get shot by people who want to kill them for no reason, will go to jail when they are supposed to.  Also justice needs to be served so that places like Guantanamo Bay will be shut down...and the real people behind 9/11 will face justice. Will justice and the the justice system ever be fixed during my life time; probably not? Not unless people stop rushing to judgement, and start looking at the facts behind these crimes. Crimes are not about race or any other factors, they are about evidence and facts, that's all they are about. Crimes are also not about "feelings," what I or you think about 9/11, that 9 year old boy in Washington, or about that man who murdered that kid in Florida is irrelevant. What is important is justice! Especially when someone who is still alive might face the rest of their life's in prison. Sentimentality, and anger, are natural, but locking someone away for years, because someone lost their family member somewhere to appease the family members of the victims is wrong! Justice needs to be served, and the right people need to be sentenced, for the crimes that they actually commit. No one should have to go to jail, to appease anyone, cases should be based in facts, and people should be convicted on those facts...not on sentiment, emotion, or feelings.