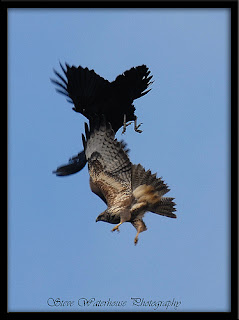 Jeremy was in another one of his cold-stares, blank-expressionless moods…he was surrounded by the ghosts of his past, a past he couldn’t escape. At this moment in time he was currently – preoccupied with a dark mood. While at the same time, he was trapped in his four walled prison, a self created prison, that couldn’t be escaped from.

While trying to figure out what to do about his boring hum-drum life, but due to being so emotionally compromised from a dark past of war, and because he had been molested by an uncle, he could not attend an on-campus college – but his psychiatrist had mentioned that on-line courses online, might be the answer. Although he often wondered if the stress from the classes were doing him more harm than good?

Meanwhile Silvia was attempting to tip-toe around Mr. Buzzard A.K.A the big-monster…that was just out of view in Jeremy. He was sulking, and Silvia knew that that meant to tread lightly around Jeremy, before he flipped out, and became Mr. Buzzard. All she ever wanted was his love and respect, but all she ever received lately while she was around him; were his cut-downs, belittlement, slaps, pushes and punches. She had been receiving more and more of that kind of treatment in the last couple of months. She was really beginning to believe that he enjoyed hurting her, to release the pressure that he constantly felt, the anger, the ever rising tide of discontent with his life, which he could never feel better about. It was a pressure that she realized came from his own distorted reality; all the nightmares from the past were rearing in Jeremy’s head, which would turn him into Mr. Buzzard!

Since Jeremy had no real life of his own, he prodded Silvia, rode her, exploited her kindness, and treated her like a child. She was completely subservient around him, and she hated what he had turned her life into! Jeremy robbed her of any security, he never confided in her, like loving husbands do…because military life had taken the respect that he had had for women away. He no longer cared how they felt or what they thought, he believed that all women should be kept in one spot, and that spot was their place! Jeremy hadn’t loved Silvia for months...so late at night when Jeremy couldn’t hear, Silvia wept bitterly over never being able to receive the love that she so desperately yearned for; pulling their pink and white comforter even closer to her face to hide her sobs.

All of a sudden Silvia’s two children; Sarah and Billy ran into the room. Billy ran up to her to ask her; “what’s wrong mommy?” Shhhh! Nothing! Is it daddy? No Sarah it’s not! Knowing that it was but she didn’t want to upset her daughter. Come on guys go back to bed and go to sleep. OK mommy we love you, good night! Billy ran up to Silvia and kissed her on the cheek, then Billy and Sarah walked out of the bedroom and went to their rooms and went to sleep.