Bye Bye American Pie! The End of the American Dream! 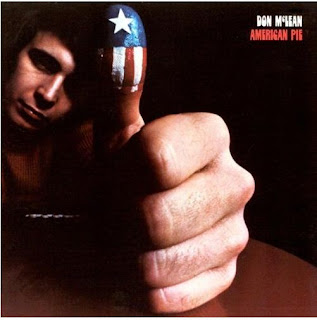 I want to say I’m happy with the FAKE American dream, where all of America’s News Caster’s are lying to us all, about everything. Where we walk through the mall, and then go through, isle after isle of crap. Crap that we never ever-really needed. We have become a phony throwaway society, with a weak and sheepish people! We’re like the Israelites of the old world – ready made to be turned into slaves, rather than fight for our lives. I tell it like it is I wish I could lie to you but I can’t. All the things we say that are valuable, like Gold and Jewels you could find walking down the street on the sidewalk, or sitting on a bus seat. So even the things we say are important…aren’t! Everything in this country is always and will always be about MONEY!

Personally, I am so tired of the; me-against-you mentality, that no one here ever says…but everyone here realizes exists.

Where everything and everyone is throw away…and people love seeing other people doing badly, no they don’t just love it in America…they REALLY love it (even family members love seeing other family members doing badly), after which they’ll say; “oh, that poor so and so!” Which is all a phony play to actually give a shit, the only problem is nobody really does. This is a place where people worry about everything all the time. From jobs to money - to family - to friends, and everybody is always constantly worried about losing everything here under the great American Apple Pie.

Do I want to escape this backward way of being? Well I can tell you this; I don’t believe that I was born to become any employer’s, working-class-slave. I’m a slave that becomes an asset and not an actual employee (where I’m respected). In America I constantly sit and worry, if this day will be the last day, in which I will have a job…for this or that punk-corporation. Where does it end? I mean all of the madness?

My Grandfather and my family members before me never had to live this way…remember the 70’s what happened to that mentality? Where all you needed was love? Whatever happened to the love? Where did it go? Why were people so nice to me when I said to them; “can I give you a big hug?” Maybe they needed a hug that day? Or maybe there is so little-love left in America that any form of love to the unloved can and will brighten there lonely days? Another problem people are forgotten here…they become shut-in’s and forgotten. Another American tragedy!

All the things that I know are happening here, I don’t want to live this way for the rest of my life! Just existing and not really living any type of real-life, while alive in America…or maybe, it’s just the nerdy yuppies of the Valley that have this; all for me attitude? All I ever hear is my family, my life, my home and the up-yours mentality! Have people stopped caring about other people these days? Well here’s the scary part people…if we stop caring about each other what are we going to do, when we actually have to come together to save each other? Remember the Holocaust?

That’s when we’ll all sit back and wonder why Billy Bob went and shoot all those people at the mini-mart? Isn’t the reason pretty self-explanatory? The reason is it’s because he never got a chance, and the chances that he did get where whipped-out from under him, by a jealous hateful co-worker, who was a power junkie…that had something to prove and picked him to prove it. These monster’s excuses will always be; “we gave him a chance! We can’t understand why he’s upset?” Did they really give him a chance? Or did they only give him a taste at a chance? I don’t think that they gave him a real chance, they pulled the rug out from under his feet, and then said; oh and by the way…we’ll give you a good reference. These monsters are the same people, who get shoot by those same crazy people, and as they are breathing their last breaths. They can’t for the live of them, figure out why such a bad-end happened to them as their main last thought.

Yes that was a worst case-scenario…but really, we have become a very numb, uncompassionate, uncaring, unsympathetic, society. I tell it like it is…oh yea, some of us will fight the powers that be. We’ll wave our banners of support; we’ll march with about as much passion as someone with a lobotomy. Then we will scream at the top of our lungs…yes we did something? Did we? Did this march or that one really change anything? Or are we still that same-group of ungrateful f*cks we’ve always been? As soon as the dust clears we’ll be back at our selfishness and capitalistic ways.  I don’t want to be jaded! I don’t want to seem Anti-American either.

My only question is why can’t we be kinder and judge-people based on their worth; not the color of their skin, what they’ve done in their pasts, how rich they are or aren’t, if they’re poor, or because of any other type of bias we may have against them. They might even be ill or homeless? Either way…we won’t give them a chance! They’ll lose everything they have, and wind up sleeping in our malls parking lot, just like one woman I saw. All in the name of capitalism! Capitalism is where the few have everything; while they laugh at the ones that don’t. These are the same people who love turning people into these shells of people, they love turning people homeless, and jobless because it gives them power. It’s the type of power that money can’t buy, it’s the destruction of another person.
My Grandfather came to California to work for N.A.S.A…with only two college classes under his belt, and with a whole lot of enthusiasm, he achieved his goals, and then went on to buy the parts for the first space shuttle to land on the Moon. Will I be able to say the same…? Will any of us be able to say the same?

Those types of American opportunities are dead and gone! Now everybody in America wants to be the next big winner on American Idol, or they want to win the lotto, or become a rock or rap star.  You or I will never have my Grandfather’s opportunities without spending thousands and thousands of dollars in college and or graduate schools. I really believe that the American dream is dead, and I believe that we’ve all allowed, threw our sheepish ways, by allowing our Politicians to take the wheel…to kill that dream! Our kids will soon have even worse lives then we did! They’ll have no hope of ever owning or dreaming of owning their own homes, and wasn’t that why the first settlers who came to America escaped from England in the first place? Wasn’t that escape made from England so that they could own property? Oh and wasn’t it also to escape from the Aristocrats…well it didn’t take long for them to destroy the American-dream in the New land…did it?
Posted by Unknown at 8:26 PM