The Obama Administration is Going After Catholics 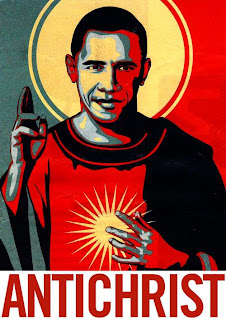 So today on my local radio new station...I heard that President Obama wants to force Catholic Hospitals into giving abortions. Now I'm not sure about this...but, I do believe that this goes against the Catholics religious doctrine regarding the sanctity of human life.

Is our current administration out to destroy one of the major amendments in the constitution;


I personally believe that if the Catholic-religion doesn't want to provide abortion services at their hospitals, because it goes against the Catholic doctrine...then who does President Obama think he is, to tell them, that they must provide those services?

This is what that letter said about the government violating Catholics rights;


What do I believe, about this new law, that the Obama administration is trying to force upon American Catholics?

Well it really does go against the constitution...so, I'm personally against any law, which goes against the freedom of "any-ones religion." So I'm against it! Our founding fathers came here to escape being persecuted over their religion, it's one of the basic mandates of America; the Freedom of Religion amendment.

I for one, really don't like the Obama administration going after Catholicism...it a bit tyrannical; isn't it?

Tyrants always start going after religion first, and then they'll make a nation-wide religion of their choosing, and they'll tell all of us, what religion we should be worshiping. If you're thinking hey at least it's not my religion...you had better reconsider that thought, because, if our government goes after the Catholics, who have the biggest religion in America. Guess what? Your religion might me next? I think we all need to fight against our government being able to hassle anybody religions, or believes! I believe that once this law is enacted, you could just say good-bye, to many of the Freedoms and values that Americans hold dear.
Posted by Unknown at 4:35 PM

I guess i better watch out lol how go it beautiful nice but u have by the way. He just talken out u know what they cant do that and for those who got pregnent and want an abortion just go to different hospital dont try make hospitals give abortions regardless of religion the more they make laws the less free we get wtf

the catholics find this way beyond immoral, can we eat ham sandwichs in the mosques now too? i bet not

Obama is The anti-Christ. He came in to office and before he ever did anything they gave him a noble peace prize. The world loves him, even Muslims and they hate America.

and if I am right about Obama being the anti-Christ, that means that he is satan in the flesh.

I'm a catholic & as far as I'm concerned he can take them all!

and the catholic church is not really christian at all. they worship mary and pray to her whereas the Bible says that only God is to be worshipped and Jesus is God in the Flesh so He alone is to be worshiped. they say, oh, we are only talking to her and asking her for help, well, the Bible says we are not to talk to dead people. Also we can only get to heaven by faith in Jesus alone but the catholic church says you have to earn it but the Bible says it is a gift from God and you can not earn it. For by grace are ye saved by faith and that not of yourselves, it is the gift of God not of works, lest anyone should boast. The catholic church says that Mary is a mediator between man and God, but the Bible says that there is only one mediator between man and God, and that is Jesus Himself alone. No one else can get you to heaven. only Jesus can.

@Scott: Most of what you say is true, but I know a lot of Catholics and not one of them "worships" Mary, and they pray "through" her, not "to" her. I know that sounds picayune, but I'll believe them when they tell me, even though it's still screwy.

That said, I do believe Obama to be an antichrist.

Hi Pete. I used to be catholic until I found out the truth. Yes, the catholics are taught to go through mary to get to God, but the Bible says that there is only one mediator between man and God and it is not mary. The Bible says that Jesus is the only mediiator between man and God and that is because Jesus is God in the Flesh.

Also just as it is a sin to have sex before marriage, the same is true after marriage in that it is a sin not to have sex with your spouse therefore mary could not have remained a virgin after the birth of Jesus because by doing so, that would be a sin too. Also the Bible says that she was a virgin until the birth of Jesus and the scripture says that He was her first born son. Which means that she had other children, now, only Jesus is God, but the others were born because she had sex with her husband Joseph. If Jesus was her only child, then the bible would say that she gave birth to her only child, but it does not say that. It says her first born son. There can not be a first born of anything if there is not another to follow it. SO, Jesus did have brothers and sisters but only He is God because only He was conceived by the Holy SPirit.

@Scott: Dude, we're on the same page! Of course, when I said to one of my Catholic friends that you might just as well speak straight to God, their answer was, "But don't you ask people to pray for you?" That was how they justified having Mary and the saints pray for them.

What they have not been able to answer, however, is how these souls who live in God's presence can be available at any given moment to listen to people's petitions; after all, God is all-seeing, they aren't.

This is Linda...I have been saved by God a couple of times. So I think God loves a challenge with people. I'm not a great person and I'm not the best by anyone's standards...but for some reason, God loves me and has saved me twice by people whom wanted to murder me. I think I can get his message out. Really all God wants is PEACE and LOVE...God hates war and murder. I really don't know about the abortion thing but I can only assume that God probably hates that too, since it goes hand in hand with murder and war. I don't know exactly what Catholics believe...but I do believe that they have the choice to believe in whatever they choose. Peace Linda Mains.