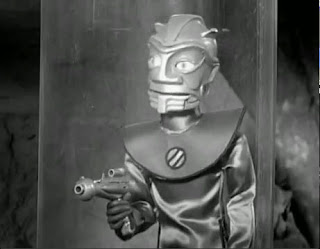 So President Obama woke up looking at Harries baby thinking; “even alien babies are cute.” So he got up and touched the toddler’s little-finger to his. I really miss my girls, but I don’t miss that job, the stress of my job, but it’s a great money making job, with lots of stress. At that thought he shook his head.

Little Bo – Bo stood strait up in his crib and looked over at Cosmo. Cosmo was waging his little alien tail a million miles a minute; he had his long tung hanging out and looked at Bo – Bo. Little Bo – Bo looked at Obama and giggled, while saying “I potty!” Then an extremely foul smelling scent was radiating up Obama’s nostrils. Oh my God, and he ran out of the room, while Harry ran in…oh, I’m sorry about that, alien kids poop is really disgusting. Sorry about that, I should have warned you.

Meanwhile the evil Obama was up and about; he was fumbling around his room and was being extremely cold towards Michael. Woman brings me my food! I need substances…I have a big day ahead of me. I need food now! Snap it up…I’m hungry. You’re a bad woman! Quick! Quick! He then snapped his fingers at her. She looked at him like he was crazy. Oh my God! He’s lost his damn mind. Hopefully these next summit meetings will loosen him up, he’s usually uptight, but this shit is out of control. Then she left the room, mumbling, talking under her breath while saying; “asshole.”

Meanwhile in the depths of outer space Harries arch enemy was planning, just how to abduct the President from Harrys spaceship.

Obama was shaking his head while scratching it with his finger. He looked at Harry, so Harry what’s on our list to do today? Let’s take a trip to what we call our space mall. How far is it Harry? Oh it’s light years away. How are we going to get there? You haven’t seen my bi-pod ship have you? You haven’t mentioned that to me Harry. Well you will just love it as much as my kids do…first let me change little Bo –Bo’s diapers, and get the others off to schools with their space pods. Space pods? Yes Obama I have 5 kids one is a teenager, but the other 3 are old enough to go to school, the pods are pre-set to the times they have to go, and are also set to the times they have to leave and come back to the ship at. So all they have to do is push the big red button then they come right home. That is so cool my man, wish they had those for my kids.

So what kind of things do they sell at your mall…? Well it’s really hard to explain, you’ll have to wait till we get there, it’s like how your gay people say it; “it’s AMAZING!” So Harry and his new friend and roomie Obama headed out in the bi-pod. Hairy took his place at the wheel, pushed the start button after adjusting the automatic path finder to the mall. Why do you have to do all that? Well Obama we don’t have streets in space, I’d never be able to find our mall, if we don’t have a tracking beam coming from the mall. Wow! That’s so neat.

Meanwhile Harries arch enemy was planning and scheming to abduct the President, so he sent out his space tracking football. He was a fan of football, and wanted to use the actual ball in an evil way. God I just really love buying evil footballs, at that evil store. That was when he started humming the Iron Maiden song, Run to The Hills to himself, while he was fixing the tracking beam to the numbers of Harrys bi-pod. I finally have him! Serves him right for stealing the hottest alien-chick I’ve ever had, from right under my nose! He continued to hum the human song Run to The Hills. So he put the tracking Football in to the shoot, which would eject it into outer space and he then pushed the green button that was located next to the shoot.

The tracking space football was bleeping; it was headed right for Harries ship. Harry had no idea that he was being tailed by his evil arch enemy’s tracking Football. At the moment he and President Obama were pulling into the Alien mall called; The Monkeys Hangout…why is the mall called the monkeys hang out Hairy? Oh, our people as you call yourselves when in large groups, we like monkeys. So what kind-of-monkeys do you like Harry? Obama looked scared to see or hear the answer to that question. Oh we like earth monkeys! So you don’t like Planet of the Ape monkeys? Oh no! They are violent monkeys! Smart monkey are not what your people call cute. Obama just sat there looking at Harry with a wide grinned smile. Thinking to himself, that’s funny they like monkeys. I’ve always hatted those things; you can never trust a monkey, with your back turned to him. He remembered those poop throwing monkeys, they just loved throwing their poop at people and he smiled to himself.

It happened when they were about to get out of the ship, the tracking football had found the ship, and Harry was about to get Bo – Bo out of his baby bi-pod child’s seat when it happened. All of a sudden his arch enemy materialized right in front of Bo – Bo, whose eyes became huge and wide, as he tried to figure out what this strange looking character was doing in front of him.  Harry was about to reach for his mini-pulse cannon which was attached to his hip, but his arch enemy grabbed his ray pistol and shoot Harrys mini pulse cannon out of his 3 fingered alien hand. I’m sorry Harry. I just couldn’t resist! I’m taking the President hostage. Why? Because Harry you have 5 great kids a beautiful wife, and what do I have? You have a great basement? You stole my woman! Obama looked at Harry this crazy alien is going to get us killed by being a smartass. I live with my mother in her space cottage and never found anyone else to take Rotillas place. President Obama looked at Harry; your wife’s name is Rotilla like till of the Hun? Then he pointed his ray pistol at Obama and told him; “MOVE!” Damn and I didn’t even get to go to the fancy space mall…shit! I should have brought one or two of the secret service guys with me. Don’t you worry President I’ll get you back, and that was when the President and Harries arch enemy disappeared.

Harry was staring at little Bo – Bo who watched the whole thing and started to cry. Wha is Obaba gone da da? No Bo – Bo that evil nasty, who just can’t get over, that I have a relationship with your control freak mom, has taken Obama captive; probably to make him watch just how pathetic his life really is in his mother’s basement. God! All I wanted to do today is have some fun Bo – Bo! Now I actually have to tell your mom, my ears are hurting already from that nagging woman’s mouth. I love her but she really is a pain in my space butt! She beautiful but what a pain! Mommy pain….shhhhhhh Bo – Bo, you’re going to get me in trouble. So Harry got on his space phone to tell his control freak of a wife what happened. She started yelling Harry; you had better fix this before I get home next month! Oh and how are the kids? Harry just shook his head…why do I tolerate this? I remember the days when I was free, minus my pain in the neck wife. Harry got off the phone took a long hard look in the mirror, and went to his space office after putting Bo – Bo down for a nap. He was trying to figure out how he was going to save President Obama from his evil arch enemy.

Chuck was picking his nose in his beautiful space pad, when all of a sudden Harry materialized, “get your big human butt off that couch and stop ramming your human digit up your nose!” What the hell are you doing here Harry? Oh my evil-arch, jealous enemy, has kidnapped President Obama. What? Harry President Obama is in the White House, and gave a speech earlier today, about the evil that China is doing, and how they are our mortal enemy’s! What Chuck? The President you heard talking is a clone… the real President was kidnapped by my evil arch enemy when I was trying to take him to the mall. Oh what? Geez thanks my one and only space friend, you forgot all about me; until you need help, and took the President to the space mall…I see how you are! Chuck get the instrument humans call a tampon out of your vagina and stop being such a little…I believe the saying is bitch? OK Harry! But do you have a plan on getting him back. Yes and no! But I’m a little more worried about the clone. He’s acting weird, and I’m worried for the safety of your people. Will you go to the White House with me Chuck? Are you nuts Harry, I don’t want to get shot by the secret service! Oh we have barrier space bubbles that protect against bullets. Like that makes it any better Harry! OK I’ll help you.

HELP A COLLEGE STUDENT/SELF PUBLISHER
Posted by Unknown at 2:54 PM