Why Is Killing So Common These Days? 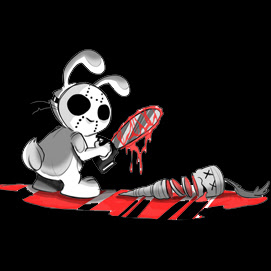 I was going to attempt to write about violence, and why it seems like lately we're surrounded by it.

Here's my list of reasons that might make people go over the edge;
Some people deserve what they get, while some are just innocent victims, who didn't do anything? My Dad tried telling me...don't try to figure out why some crazy people, commit horrendous crimes of mayhem and murder. These people don't make any sense, because why would you jeopardize your whole life...because of one stupid person? Or because you killed an innocent person?

I personally believe, that in the last 10 years, from young kids to adults, are society has become a lot more viscous. Three young teenage girls tried to harass me in Target the other day, now I said; "where's your mommy? Because if she doesn't come to get you, I'm going to have to kick your ass, if you don't shut up!"
Was that violent on my part? Yes! But do you think that those big-mouthed brats, will be picking on anyone else in Target?  I don't think so!

As a society we need to stand up to the bullies, or get them out of our lives, so we don't; A. become the killer, or B. be killed by the bully. People are a lot ruder and meaner these days, maybe some people just can't take it anymore and then decide on ending their loved ones lifes and then their own...simply because they want their daily hells to end? Just like the one guy who murdered his wife two years ago, and was a suspect in that murder. A social worker came to check on his two kids, right after she left that house, the gas that had been let out of their stove exploded killing; him and his kids. Why did he do it? I guess it's really anyone's guess; maybe his guilt finally got to him?
Posted by Unknown at 4:13 PM